戴 members and many others with dementia had a very positive time in Kyoto for the ADI 32nd conference recently. We all  worked hard to ensure ALL people with dementia AND their families in ALL countries get better support, and 戴 provided a platform via its workshop for many to have the chance to speak, who were not on the program.

One of the valuable lessons 戴 is learning, is that when a member passes on, or deteriorates to the point of not being able to be an active member, or moves on to do their own thing, we have many others willing to take on roles to support the global community of people with dementia and our local, national and global advocacy efforts. Sadly, because there is a new person being diagnosed with dementia  somewhere in the world every 3.2 seconds, this will always be the case!

We have no idea how to help 50 million people, but ONE step, ONE small action, EVERY day, EVERY week, EVERY month, one year at a time is what individuals with dementia, Working groups of people with dementia, Advocacy organisations, and 戴 are all trying to do. Together, we are so much stronger, and the collective voices of people living with a diagnosis of dementia have also become louder, and perhaps much more demanding than ever before.

The  conference in Japan was made inspirational by the sheer volume of people with dementia, and the energy and charisma of the members of the The Japan Dementia Working Group. Their friendship and hospitality was incredible, a was that of their supporters.  They are also wanting to join 戴, collaborate with us, and work on the global human rights, as well as human rights in Japan.

After the conference ended, 戴 also went to Osaka, and Christine Bryden, James McKillop, and I, and others, were there as part of a panel discussing dementia, and being filmed to raise awareness in Japan. Christine gave a keynote speech of what she has seen in her 22 years of living with dementia, and the changes in Japan since her first visit there. Christine started the advocacy work in Japan, and people with dementia are definitely running with their own advocacy efforts now. It is incredible to see the ripple effect now of the work of so many people, started by a few long before many of us were diagnosed or knew anything about dementia.

戴 thanks the early advocates, as without them standing up and demanding a voice and a seat at the table, we would not be where we are today.

As I wrote on Facebook after the conference, one young woman from Indonesia who was at the ADI conference told mentioned to me and John Sandblom (and his wife Cindy, her first time to an ADI conference) that is was because of meeting and listening to us and our speeches last year in Budapest, that she has decided to set up a global group for YOUNG carers. WOW, how exciting is that! 戴 is going to work with her, to support that effort. This has been a dream of many members at 戴 who live with YOD, and have seen our children face with with us, with little or no support.

There is much more to report, especially on human rights, but also we will share many of the presentations given by people with dementia in Kyoto once we have had some time to format them, including the 戴 workshop, as well as adding a photo collage of our time together. 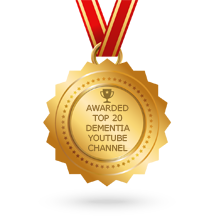